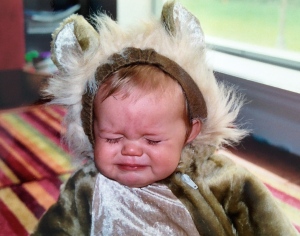 If I knew then what I know now…

My son, Kai, cried incessantly as a newborn. He breastfed around the clock, never satisfied by the milk I produced: his begonia pink lips suckled the air in his rare moments of sleep, and begged my knuckles for more while he was awake. I slept little during his first few months, withering under Kai’s wakeful, insistent hunger, feeling at times more like a cow than a woman. Sleep-deprived, I cried constantly… just like Kai.

Kai didn’t – wouldn’t – sleep in his crib, so we converted a second car seat to hold him after we finally cajoled him into slumber. I fed Kai in dimmed lamplight before work each morning, while outside coyotes rustled in the pre-dawn respite from Tucson’s heat. I placed Kai back in his seat before leaving, worrying my thumb across his forehead, over and over, to soothe him. His eyelids slowly drooped until flaxen eyelashes fanned his plump cheeks and I made my escape, creeping out the front door like a sour-smelling thief.

I’m embarrassed now by how long it took me to pinpoint the source of Kai’s newborn restlessness. My husband and I initially attributed his discontent to colic and our glaring inexperience. Over time, though, I began to notice small hints of something else.

Kai is sensitive. Not sensitive in the cruel, soft-bellied way that society attributes to weakness and “wimps,” but, rather, emotionally astute. He “reads” people’s moods and implied nuances the way a gardener knows the veins and freckles of his plants – the health of the crenellations in tender green leaves, the direction in which new shoots might unfurl. He understands the intersection of physical and spiritual the way a baker works a fragrant loaf from bubbling, yeasty starts. Kai is intense, deep, and, most tellingly, tactile. He touches everything. Hugs release the anchors from his soul. If I’d made the connection when he was a baby, I would have cuddled him until he levitated.

Kai turns ten this week. He’s almost as tall as me, and wears one shoe size smaller than I do. Where once he embraced my knees, now his hugs cradle my shoulders. Kai’s thoughtful brown eyes widen as he talks: “You know, mom, I think…” His hands emphasize his words. If there’s a stairwell, he reliably jumps the last steps, his lanky limbs clattering to the ground. Lately, he’s developed a dancing streak.

Kai struggles with his sensitivity, though I insist it is a valuable strength, reminding him of the many ways in which it helps him build relationships with others and showcase his empathy. Our dog adores him for the constant affection he shows her. Kai is the first to offer help. His friends smile the goofiest, sweetest grins when he’s around. His laughter is a fine thing.

There are a handful of things I wish I could do over, knowing now what I wish I knew then. Those early months with Kai top the list. I am so grateful that, with Kai, every day is an improvement from the one before. The trajectory of our relationship arcs upward, marked by a broadened sense of understanding. Seeing him develop as a young man has been worth every tear.